Early this morning, when NPR broadcasted an interview with the infamous Larry Summers, I almost choked on my coffee, shocked that people still listened to this hoodlum. But then, an entire wealthy class applauses his destructive policies. Summers embodies the elitist class.(1)


In his youth, he learned how to manipulate and obfuscate the truth for the sake of promoting Big Business agenda and at the detriment of the 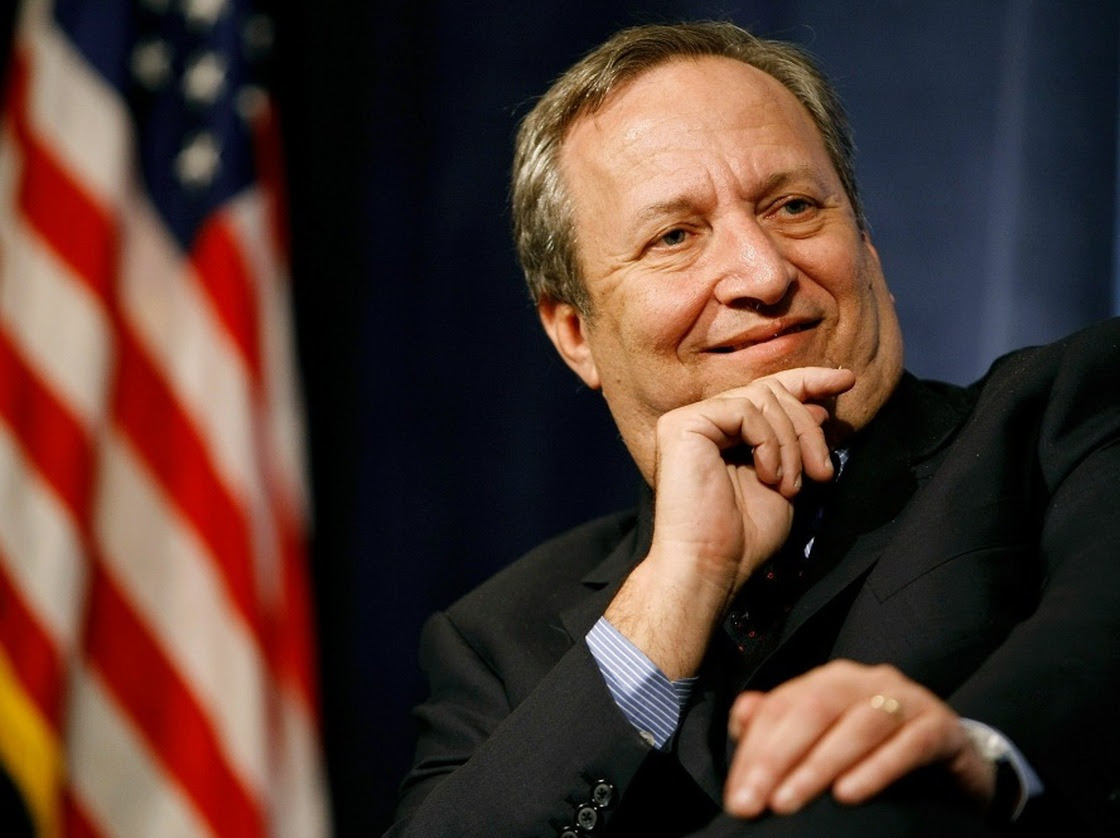 greater good of society. He is a member of the American aristocracy like G.W. Bush—you remember that president who lied and deceived Americans in order to obliterate Iraq for the sake of Big Business and Big Oil?


Like most elites, Summers played a key role in the free-wheeling, free market. Under Summers' tutlege, Ronald Reagan, a former spokesman for GE, said government is not the solution, government is the problem. Among the barons of industry, the cult belief since the 70s was a conforming dance to the tune that unregulated markets would always automatically correct any problems  and without government intervention. In 1999 Summers cheered the Gramm-Leach-Bliley Act. Summers was happy to help dismantle the Glass-Steagall Act and its six decades of restrictions against banks offering commercial banking, insurance, and investment services.


While working in Clinton's administration, Summers argued against U.S. participation in the Kyoto Protocol to decrease carbon emissions. "During the California energy crisis of 2000, then-Treasury Secretary Summers teamed with patsy Alan Greenspan and the felon Enron executive Kenneth Lay to lecture California Governor Gray Davis on the causes of the crisis, explaining that the problem was excessive government regulation." (2) Summers stand on this environmental policy may cause the extinction of civilization as we know it.


Summers relied on his old buddies and fellow Big Business courtiers, in the ilk of former Carlyle Group as well as Goldman Sachs adviser Arthur Levitt, Fed Chairman Greenspan--another patsy in the cult of neocons, and Secretary Rubin, a former executive of Goldman Sachs for 26 years, a bona-fide shark. Summers destroyed any attempts to regulate the derivatives that many blame for bringing the financial market down in Fall 2008. This deregulation led directly to the Great Recession.


Early in this new millennium, Summers lost his job as  Harvard president for suggesting that women lack a natural aptitude for math and science. (3)


Larry Summer's track record resembles that of the Devil in carnate. The man has a bold talent for making the most destructive policies of any man in our times, second only to G.W. Bush and his cabinet. Society would be more secured and prosperous if Summers were banned on a desert island. It would be dangerous even to put him in prison as he might persuade hardened criminals to practice his form of terrorism.

Most people probably had forgotten Summers. Most practical people probably never heard of him at all. He is a man with a triple chin and a behind that doesn't fit in any chair. That's why he's always slouching. He has a smile that terrifies hardened street criminals.

If you want to learn the easy ways to make money without working, you do not have to enter a prison to learn the trade of a professional criminal. If you can afford an extremely high tuition fee, you can enrol at Harvard and take notes from Satan himself. Several ivy league universities employ business and economic grifters as full-tenured professors like Summers.


How Summers and his friends still retain any credibility is a mystery. Their cancerous careers threw the nation and most of the planet into dangerous waters. We can say the same for the likes of G.W. Bush.


Very few journalists have dared to report how the Bush Wars into Eurasia combined with the financial collapse caused the on-going Great Recession and its high unemployment. Now the focus is on reducing the great deficit. In particular, Republicans are keen on reducing entitlements for the middle class while maintaining the entitlements for the wealthy, including low or no taxes and bailout bonuses for financial executives at Goldman Sachs...Citi Bank.....

You can find more information about me and my novels at: WWW.BISKEBORN.COM